The Parts of a Septic System (I) 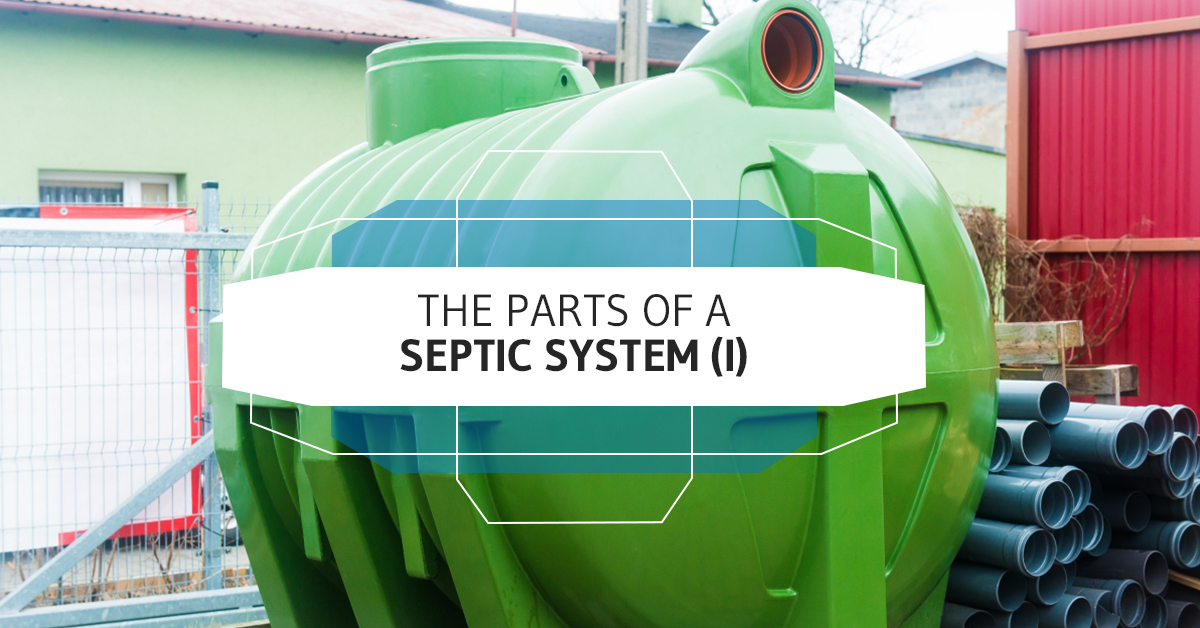 Here are some of the main parts of a septic system

What’s something that sits beneath many homes in the world and allows people to cleanly live out their day-to-day lives without having to install an outhouse in their backyards? A septic system, of course! A lot of people aren’t too familiar with what a septic system is. While septic systems don’t seem like the most ubiquitous wastewater solution, they’re still widely used in many states! It’s not necessarily important to know everything about septic system parts and functions, it’s still a cool thing to know! And because learning is fun, we’re just going to tell you all about septic systems right here! They’re pretty interesting in our opinion and if you don’t feel like learning, then what brought you to our blog in the first place?

Septic systems are pretty much an alternative to sewers and traditional plumbing. Most homes that use septic systems are in more rural areas where sewer lines don’t reach. The waste, instead of traveling to a plant to be treated, is treated naturally by the soil. They’re less expensive and a lot easier to maintain. Additionally, they’re thought to be more environmentally friendly. There are generally two main sections of the septic system: the tank and the drainfield.

The tank is the first place waste travels to from the toilets, sinks, and other appliances that use water. Septic tanks hold anywhere between 1,000 and 2,000 gallons and are made of either concrete or a durable plastic. The tank is connected to the home through a series of pipes laid underneath the ground. The waste separates in the tank and the water, which is relatively clear after separation, drains into the soil. Any impurities in the water are treated by the ground! While some tanks rely on gravity to do the grunt work of transferring the water from the tank to the ground, some also use septic system air pumps! There are also systems in place to keep the pipes and tank from clogging and the drainfield from becoming too overwhelmed.

The tank is covered by a lid, which is usually sizable and heavy. One piece that’s installed with most septic lids is a riser, which lifts off the lid with ease. While the wastewater automatically flows into the drainage system, the solid waste needs to be manually removed. It’s very important that the waste does not flow into the drain field as it can clog the pipes and contaminate the soil.

To empty the tank, you need to use a heavy-duty vacuum truck that safely sucks up the solids. The frequency in which you need to empty the take depends on the size of the tank and how often it’s used. Usually though, since these tanks are so sizable, emptyings don’t need to happen too often, and only about every 10 years or so. However, you should always keep an eye out for issues like signs of clogs or it being too full. Waiting too long is a surefire way to cause blockages and if the septic system is blocked, then you have a disaster waiting to happen. If the tank could no longer hold the volume of the solids, the waste is going to be pushed into the pipes intended for water. If the pipes become packed with waste, then the water isn’t going to have anywhere to flow from. The result? A backed up system. Ick!

Tune into our next blog post where we’ll talk about where the waste goes in the next part of the process. If you’re in need of quality septic system parts from brands like Tuf-Tite, Hiblow, and more, choose the inventory sold here at Septic Worx!